The following story is by Michael Royce. Michael is a graduate of Portland’s 2011 Attic Atheneum, a one-year alternative to a MFA program.  His published fiction and creative non-fiction have appeared in Bartleby Snopes, Blue Lake Review, Euphony, Fringe, PANK, Prick of the Spindle, Prime Number, and other on-line and print journals and anthologies. His series collectively called “Mississippi Freedom Summer in Eight Vignettes” was published in the “Best of the Net 2011” by Sundress Publications. 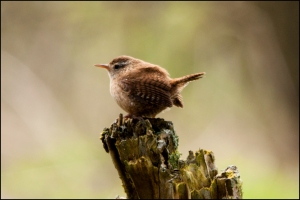 The Columbia, a thousand feet beneath me, snakes to its source through basalt cliffs, high prairies, and Canada’s Rocky Mountains. Elusive memories shift one direction, surge another.

“Come.” My father summons after fifty years time. Did he always call this way when I was a boy? Not question, but command. I yearned then for the simplicity of being loved, escape from the pain and loneliness of standing uncertain in the world.

I’m no longer young. Children are grown with their own busy lives. Listen, clients insist over the sound of post-dinner chaos and babies struggling against the day’s end. Stop, they say. Solve my problem. I’d also lived at such a harried tempo. Now I’m retired; my wife is dead. Friends ask after me with concern, but I avoid them, preferring to follow the opaque trail of the past winding backward toward childhood.

“No,” I consider answering. Don’t I still sometimes thrill to a chocolate lily on wooded paths, water trickling down moss-clogged hills? Endless days tethered to my bed might not persist. “I’m not ready,” I respond, unsure whether this remains true.

Once, I said, “I love you.” He hadn’t answered and we never talked of it again. Instead, we spoke of things, gutters to repair and interest rates, or places we’d been. His life and mine were intertwined, everywhere except in our unwitting hearts.

“Come,” mother beckons. For long, I remembered only her still body, hand half-closed as if she yet wanted to hold on. Later, I rediscovered her as a young woman. Graceful like a doe, she raced to the garden for pure joy of motion while I, her fawn, bolted to catch up, desperate at the possibility of separation.

We, also, tried to talk of love, a language as foreign to us as Mandarin. The bond existed, but we failed to find words to convey our meaning. When I thought I’d mastered simple phrases of affection, she was unable to recall the beginning of sentences before the ends came.

“No.”  My lips struggle to fashion a response while clouds spread and the sky closes. The earth stirs and sweats as I stretch toward her. I touch only her absence and whisper, “Darkness swallows the light.”

My eyes shut. Voices no longer call. A winter wren hops through the bushes interrupting the stillness of mountain and river far below me. He sings a complicated and subtle tune of happiness, but the song always fractures in the end.

The wren falls silent as I leap forward into the emptiness of a limitless blue sky, dreaming of arms to hold me. I never experience the rush of wind resisting my descent, or the jolt of contact.