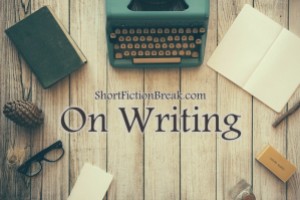 It’s hard to watch my son lose. That’s what his soccer team has been doing all season, losing. They’ve had eight games, and haven’t been close to victory once.

There are lots of reasons for it. The other teams have been playing together longer. Many are club teams that have been together for four or five years, and have moved into the new Middle School league. Often the teams are older than my son’s team, and there is a large physical difference between a twelve-year-old boy and a thirteen-year-old boy. Without question, their skill levels are leaps and bounds beyond what my son’s team is capable of. Regularly, opposing players dribble the ball through four or five or our boys, and then effortlessly pound the ball into the goal.

Sometimes the opposing team leaves their starters in for the entire game. Scores are 8-0, 12-0, 14-0.  By the second quarter, our boys are demoralized.

Other times, the opposing coaches will put restrictions on their kids so they don’t run up the score. Once a coach told his team they were only allowed to score on headers. They still put two more points on the board before the game ended. Our boys were still crushed.

My son’s teammates all respond differently to these beatings. There’s one boy who cries at every halftime. He rolls on the ground and yells about how it’s unfair. There are other boys who make light of losing. They sing songs about being losers. They joke and tease one another. Still, there is another set of kids who simply stopped showing up. After the second or third loss, they quit.

I thought about pulling my son from the team. I thought about sparing him from the weekly pain. I asked him if he wanted to stop, but he wouldn’t even discuss it. Every game, he takes the field and gives it all he has. Even when it is clear there’s no chance of victory, he fights on. By the end of each game, he is ready to collapse. When the whistle blows, he’s got nothing left in the tank, and I couldn’t be prouder of him.

Winning with dignity is easy.

Losing with dignity is hard.

Many of us (writers) are in the throes of NaNoWriMo. We made a commitment to ourselves that we would write 50,000 words in the month of November. We may have even broadcast the commitment across social media, hoping public knowledge of our efforts would strengthen our resolve.

Today is day seven. We should be at 11,667 words written to stay on pace. Of those of us who made the commitment, there are many who have fallen behind.

My first year doing NaNoWriMo, by the end of the first week I was 6,000 words behind the pace. I knew, there was no way I would catch up. It was clear I was not going to win the victory of 50,000 words. On day eight I sat down at my computer,  completely demoralized, with a decision to make. If I’m going to lose, what kind of loser am I going to be?

It’s easy to make excuses. “I have to work a full time job. I don’t have time to do this.” Or “I just don’t write as fast as other people.” Or “I’m new to this. It’s my first time.” Even when the excuses are true, they aren’t helpful.

You might be tempted to make light of the commitment you made. You might want to turn the whole thing into one big laugh. “Remember that time I thought I could… That was hysterical.” While making fun of frustration might mask it, it won’t make it go away. The next time you sit down to write, it will be there, waiting for you.

The temptation to quit when we fall behind is powerful. Don’t. You’ll regret it. You’ll always wonder, “What if?”

That first year, when I fell behind, I quit. It took me another two years to finish my novel. Not because I’m a slow writer, but because quitting built mountain of self-doubt in my path that was difficult to overcome.

I would propose that if you are behind, there is only one thing to do – keep fighting. Leave it all on the field. Give it everything you have. And at the end of the month, you may not have 50,000 words, but you will have the satisfaction of a match well played.

Jeff is a writer living in Baltimore with his wife and five kids. He is the author of four books, including Mencken and the Monsters. He regularly blogs at Vagrant Misunderstandings.