Make no mistake: despite everything, I do still love my husband. I’ve loved him ever since I met him at a college party 26 years ago. The first thing that attracted me to him were his hands. I’ve always liked an elegant hand, and his were then and still are, with their long, slender fingers, neatly trimmed nails, just the right amount of hair, and skin that tans to a golden brown in summer.

At the party he was smoking, holding the cigarette lightly between those beautiful fingers, and that’s when I first saw him and fell in love. Often physical attraction is trumped by an unappealing personality, but this wasn’t the case with Eric. I made some awkward opening gambit to get speaking to him and he turned out to be as charming and elegant a person as his hands first suggested. Apparently I impressed him too because by the following weekend we were going out, and we’ve remained a couple to this very day.

Those hands. In our first conversation I discovered the thing that made them not just beautiful but perfect: he was studying music and his instrument was the piano. Later on (but not that evening – Eric was too much of a gentleman for that) he would take me to his flat and play for me, letting me watch those objects of my desire skip and slide and flutter across the keyboard, caressing the keys like I wanted them to caress my body. And afterwards they would.

It was an idyllic time. We stopped partying to be alone with each other as much as possible, but it was a sensible passion; we both buckled down and studied hard – our parents were putting us through university and we were responsible enough to appreciate that and want to live up to their expectations – and ours. So we graduated – Eric with flying colours – and set about organising our post-university lives.

Eric is a gifted musician, while I, let’s say, am merely a competent writer. If we wanted a comfortable future, we’d be depending on him, and so it turned out. He won an important competition and was taken on immediately by one of the city’s better orchestras, who knew talent when they saw it.

After a while he began to tour with them. Needs must, and he was going to be the breadwinner, at least for the time being. So for spells we lived apart; I stayed at home and plugged away at my writing – persistent, dogged, uninspired. I was still very much in love, and drank my fill of him on his returns. It’s only recently, however, that I came to realise the passion was waning a little each time, at least from his side.

Music is Eric’s first love, always has been. He once told me that if he couldn’t play the piano for any reason, he wouldn’t feel complete and would go mad. I could understand that sentiment. He was my music, I told him, and I wouldn’t feel complete and would go mad if I couldn’t have him. But as I say, I understood that music held centre stage for him, and I didn’t mind as long as I was first violin. It turned out, though, that I wasn’t.

You know those Hollywood films where the wife is going through her husband’s clothes before washing them and finds an incriminating receipt, or business card, or book of matches? I always thought those situations were a little contrived, but one afternoon I was the wife going through my husband’s clothes and finding some incriminating evidence, in this case a short note scribbled on a piece of hotel stationery: “Thank you, Ric – ‘IT’ was divine. See you next w/e. C x”.

I don’t know what made me angriest: the use of ‘Ric’ (my pet name for him); the coyness of the ‘IT’; the certainty that this wasn’t their last tryst, and probably wasn’t their first; or the kiss at the end. Or maybe it was all of those things and the awful realisation that the idyll was suddenly not that anymore. Whatever, I was absolutely incandescent and threw all of his dirty clothes into the outside bin before retreating upstairs and collapsing on the bed, distraught and broken.

Luckily, Eric was at practice (or so I’d presumed, although now I wasn’t so sure). Anyway, it meant I had time to compose myself, wash the tear stains from my face and retrieve the clothes from the bin before he got home. It also meant I had time to digest the bombshell and begin to work on a strategy to handle this new reality.

While I busied myself around the house – cooking, tidying, trying to get down to some writing – I mulled over how to confirm that it wasn’t all a dreadful mistake, perhaps a joke, or a misunderstanding. I didn’t want to confront Eric directly with my discovery for fear of the humiliation if I was wrong, so I knew I’d have to be clever.

Another question was who the ‘C’ might be. There were several Cs involved with the orchestra, but I narrowed it down to two probables: Caroline, an oboist, young and very attractive; or Claire, one of the directors, older, sophisticated and very assured. It took half a bottle of Chardonnay but I came up with a simple plan that might give me the answer.

The next day, Eric couldn’t find some sheet music that he needed for the morning rehearsal. I told him that he must have left it at the concert hall, and although he didn’t believe he would be so forgetful, I’d planted a seed of doubt in his mind and he went along with it. Once Eric had left for the city, I took the next train there myself, the sheet music in my bag. I’d appear at the concert hall on the pretence of having found it under a cushion on the sofa, and of wanting to make sure he got it.

It was a long shot that I would find him with one of the Cs, but it was a long shot that paid off. In the hall, the orchestra was tuning up, and there was Caroline in the first row of the woodwind section, chatting to a colleague. Eric was nowhere to be seen so I came out of the hall and went upstairs to the offices. I paused outside a door marked ‘Administration’; there was laughter coming from inside, and one of the people was Eric – I’d know his laugh anywhere.

I moved a little down the corridor and found a shadow from which I could watch the door. A few minutes later, Eric came out and hurried away towards the hall, tidying his tousled hair with those beautiful fingers. I gritted my teeth and lingered, wanting confirmation but at the same time fearing it. When Claire came out, she was rearranging her dress and giggling to herself. I knew then that I would be going through with the course of action I’d finished mapping out in my mind on the train.

A very good friend of mine from school, Jonathan, who I’d always kept in touch with, lived in the city. Although I never had anything with him, I knew that he’d always had something for me, and I knew that if he was in town, he’d jump at the chance to have lunch; he was and he did. After lunch, we went to his apartment and made love; it was something I didn’t enjoy, but it was a sacrifice I was willing to make.

Jon’s a pilot, working mainly on routes to the Middle East. He’d described to me in correspondence how he’d stay at the very best hotels, and how some of the maids there – from countries like Bangladesh and the Philippines – were devoted to him and would always be open to ‘overtime’, so to speak, to supplement their income. As I lay on top of him, our bodies still glowing from the act, I told him what I wanted him to get one of his maids to do.

I tried to keep things at home as normal as possible, and I think I was successful in concealing my knowledge of Eric’s cheating. In the days running up to his next tour, I showered him with love and affection, and made a special point of enjoying his hands and fingers. And then he was gone and I was alone in the house, musing over events, wondering if I’d gone too far with my plan. But the die was cast.

Yesterday I got a desperate phone call from Eric: he’s in prison. They’re accusing him of stealing a Rolex watch from another guest at his hotel. The watch was reported missing, searches were made, and it was found in his room. Sobbing over the phone, he protested his innocence, but he certainly didn’t need to convince me of that.

He told me that the Consulate officials had been to see him; they would be doing everything they could to have him freed, but he must understand they couldn’t promise anything. I’m not sure if they’ll manage it or not, but either way I know that the mere prospect of what could happen will hit Eric hard: under Sharia law, the punishment for theft can be particularly cruel. 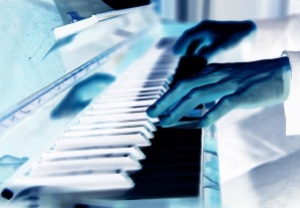 Phil is a teacher (of English as a foreign language) and translator (Portuguese > English) in Lisbon. In his spare time he writes screenplays (features and shorts) and short stories; he’s a regular contributor to Short Fiction Break. He also writes about Portuguese football (soccer) for the British independent football magazine When Saturday Comes.