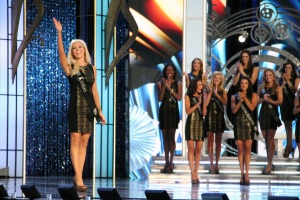 As focused as a surgeon performing a triple bypass, my mother leaned over the chipped white sink and stared into the mirror as she put on her make-up. A beautiful woman with no obvious flaws, I never understood what took her so long, but each time before leaving the apartment she shared with her husband and two daughters, she hunkered down in the bathroom. No interruptions were tolerated. My mother’s rule was to never go anywhere, even the trash chute just yards from our door, unless she looked good. “You never know who you’ll run into,” she’d say with an odd little smile. Her gold-plated Max Factor compact, at least one lipstick and a pack of Kents went everywhere she did.

I waited in my room until I heard her step into the narrow hallway. “I’m ready, Deborah,” she called out. Her high heels clicked on the faded black and white checkered linoleum as she strode past my doorway and motioned that I follow.

Carrying a battered red pail and shovel, I followed her out of the apartment to the elevator we took to the basement. The ugly gray plaster walls and floor made it feel darker and colder and spookier down there than it actually was. It was the kind of place you wanted to pass through quickly. My heart pounded as I trailed closely behind my mother without actually touching her. She never looked back. Silently I implored her to walk faster. We passed the door leading to the garage. My father parked his car on the street to save money, so what lay on the other side of that door remained a mystery to me. We went past the laundry room, then stepped outside to our building’s small play area. I felt giddy with relief at escaping calamity.

She took a seat on a  bench next to the other mothers and lit a cigarette. I skipped away from her into the large, square sandbox, sat down near my friend Eddy who lived on the third floor, and began as always to dig to China. My mother said it was impossible, that no matter how long or hard I tried, it could never happen. Time after time, she offered up no hope at all. But I knew I’d get there someday, I was certain of it. I kept on digging.

Later that day, I set out two round black bowls:  one filled with pretzels, one with salted peanuts. The Miss America Pageant was on that night. We didn’t watch much TV, but Miss America was special. For this we were allowed to sit on the avocado green sectional, and left the living room only during commercials. The TV was against the wall facing the sofa, concealed in a wood cabinet just like the ones in the magazine advertisements. My mother insisted on the cabinet, badgering my father until one Saturday morning he lugged it into the apartment. “Satisfied, Rosie? I think I got a hernia.” She stood back, hands on her hips, and surveyed the spoils of war like a victorious general.

I circled the kidney-shaped cocktail table that separated the couch from the TV, inspecting the snacks, moving each bowl, placing it just right. I’d forgotten the napkins. I hurried into the kitchen and dragged the step stool over to the cabinet by the window. I climbed up and found a package of napkins on the shelf where my mother kept party supplies. Every little square napkin had a picture of a martini glass with a green olive inside. I counted out four, put the rest away, and went back into the living room. I put the napkins down in the middle of the table. “There,” I said, satisfied at last.

That night just before the show started my father turned on the television, and we settled into our places. My mother sat on one end of the couch, my older sister Wendy in the middle, my father on the other end; I sat on his lap. After a commercial for Ivory soap, the contestants paraded across the stage for the first round of the competition.

“That dress is awful on her. With her coloring she should never wear that shade of green. Most women can’t,” my mother said, lighting up a Kent.

“She’s got one hell of a figure,” my father said.

“A pretty face is much more important.” My mother turned and smiled at Wendy.

“Take a look at Miss Idaho. What a mutt,” my father said.

“Miss New York is so beautiful this year,” Wendy said.

“You know Wendy should try out when she’s older. She’s prettier than most of the girls up there.”

“That she is,” my father agreed.

Wendy smiled, and her perfect little nose seemed to rise even higher in the air.

“It’s true. You’re beautiful, Wendy. You could be up there one day, but if you want something, you must pursue it. How do you think all those girls got there?” My mother blew out a neat cloud of smoke and flicked her ash into a brown and white geometric print ashtray. No one made smoking look as glamorous as she did.

After everyone turned back to the show, Wendy pulled the dish of peanuts in front of her. Every few minutes she’d reach over and grab a handful, eating quickly so no one would notice.

“You’ll never win a swimsuit contest stuffing yourself like that,” my father said.

Wendy shoved her salty, oily fingers between the sofa cushion and her butt. Her cheeks got pink, but her eyes never left the television screen.

“Would you look at that one!” my father said.

“Who did she know?” my mother asked.

“Who did she blow?” My father said loudly and burst out laughing. I laughed too, although I didn’t know why.

My mother shot him one of her scariest looks.

I was happy. I was secure. I was delusional. When I was on my daddy’s lap.

« This Is The End
Elvis Has Left The Dead »